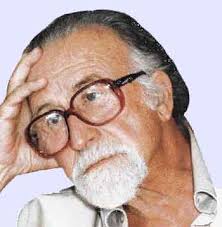 Manolis Andronikos was a Greek archaeologist. He was born in Proussa on 23 October 1919. Later he moved to Thessaloniki with his family.

He studied at the Philosophical School at the University of Athens. In 1952 he became a professor of classical archaeology in Aristotelio University of Thessaloniki. He completed his studies in Oxford with Sir John D. Beazley. He also served as an archaeologist. He made several excavations in Naoussa, Veria, Kilkis, Halkidiki, Thessaloniki, and Vergina.

He also discovered the grave of Philippos the Second, King of Macedonia. Aris Poulianos was born in Ikaria on 24 July 1924. He is a Greek anthropologist who has dealt with old anthropological excavations at the cave of Petralona (which was discovered by Philippos Hatzarides on 10 May 1959) at Triglia.

Professor Poulianos believed that the skull of the Archanthropus found in the Petralona cave was 700.000 years old. He also believed that the Archanthropus is the ancestor of modern European people.

He has also found other findings from the time of homo erectus trigliensis.